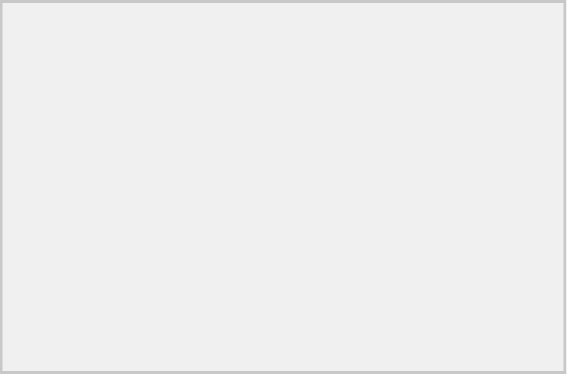 STRIP-TEASE, a chamber opera in one act

Box of Surprises goes live at the VIBRANT International Music Festival in Sweden. Watch it all online: VIBRANT Festival.

Pianist Larry Axelrod performs Box of Surprises at Chicago's Pianoforte studio. The concert will be streamed at Amherst College Reunion Weekend and the Swedish Festival of New Music with Electronics.

A second collaboration with the Cassatt Quartet. More details TBA.

World premiere: GOES A-A-A-H, a bossa nova string quartet. 3:00 p.m. at the Karuna Center in Northampton, MA. The program also includes my Cliffhanger for two violins. (Postponed due to Covid-19)

World premiere of Dancer at an Exhibition by the Cassatt String Quartet at the Clark Art Institute in Williamstown, MA. Composed in response to artwork at the Clark, the piece follows Degas' iconic ballerina (Little Dancer of Fourteen Years) on a whirlwind tour of the museum's collection, architecture, and grounds. More info. here.

Dylan gives a talk at the Composers in a Classroom Getting Coffee series at the University of Massachusetts, Amherst, about his latest string quartet: Dancer at an Exhibition.

Premiere of Cliffhanger for two violins by Marie Comuzzo and Victoria Senko at the 2019 Five College New Music Festival at the University of Massachusetts, Amherst.

Dylan begins joint appointment as Visiting Professor of Music at Amherst College and the University of Massachusetts, Amherst.

Dylan delivers a colloquium on his work at the College of Creative Studies at the University of California, Santa Barabara.

Performance of Nocturne and Wake-Up Call at the Laboratory for Composition, Williams College.

Dylan presents at the Faculty Lecture Series at Williams College, in a talk entitled: "Talking-Our Clothes Off: Contemporary Opera & the Absurd."

Collaboration with Momenta String Quartet at the Laboratory for Composition, Williams College.

Lecture-performance: Composing in Circles: Box of Surprises for Solo Piano" at Smith College Department of Music.

Premeire of Leaping for solo clarinet, as part of the inaugural Composers Forum 2017-18 season at Marlboro College, VT.

Dylan will serve as Visiting Professor in the Music Department at Amherst College during the 2017-18 academic year.

From Buckley to Broadway concert at Amherst College, featuring original compositions by the students in Dylan's music theory course entitled, Exploring Music. Each student had a piece perfromed and received a recording of their work.

Premiere of Box of Surprises for solo piano at the "Are We There Yet?" festival, Amherst MA, curated by Visiting Professor John McDonald.

Dylan is interviewed about his recent opera, STRIP-TEASE.

Dylan joins the faculty of the Department of Music at Smith College, where he will teach composition during the 2015-2016 school year.

A new chamber opera, entitled PKHENTZ, for the 2015-16 season of subLIMINAL OPERA (a new opera collective based in New York City) is in development. PHENTZ will be Dylan’s third opera.

Dylan begins work on a new song cycle for soprano and chamber ensemble, based on ancient Chinese poetry.

Dylan received his PhD from the University of Chicago.

Nocturne and Wake-Up Call received a performance by the newEar Contemporary Chamber Ensemble, at All Souls Unitarian Universalist Church in Kansas City.

Rhapsodie atomique received its Asian premiere at the 8th Thailand International Composition Festival, in Bangkok, with the composer at the piano.

Dylan was named regional winner in the 2012 SCI/ASCAP Student Composition Commission competition. The piece selected was his Dances in Incendiary Keys: Piano Quintet (2011).

Soprano Patrice Michaels sings the premiere of Sinfonía Nocturna, a song cycle featuring texts of Uruguayan poet Líber Falco. The cycle was featured on a program of the New Music Ensemble of the University of Chicago.

Nocturne and Wake-Up Call, a fantasy for solo flute, received its Asian premiere at the 2011 Thailand International Composition Festival in Chiang Mai.

Dylan made a studio recording of his Rhapsodie atomique, for solo piano.

The Dances in Incendiary Keys: Piano Quintet received its premiere by eighth blackbird’s pianist Lisa Kaplan and the Pacifica Quartet. The performance was featured on the concert series of CONTEMPO, the Contemporary Chamber Players of the University of Chicago.

Flutist Dina Gusejnova performed Nocturne and Wake-Up Call on a program of the University of Chicago’s New Music Ensemble.

Pianist Amy Briggs and cellist Paula Kosower premiered the TOCCATA for Cello and Piano at a concert of the soundQUAKES Festival in Chicago.

Schneider will serve as one of several composers-in-residence at the 19th Seal Bay Festival of American Chamber Music in Maine. Joined by the Cassatt Quartet and other esteemed musicians, the festival includes the world premiere of Schneider's GOES A-A-A-H, a string quartet in the bossa nova stye.